Unlike before, now neurodegenerative diseases have become more and more common among people of all ages. The neurodegenerative disease can and will easily turn your life upside down. And what is most, unfortunately, is the fact that there are no ways to really stop the progress of the disease. Sure, your doctor will prescribe something to slow down the progress, however, the results are unavoidable. So what is the key here? The key lays in discovering the neurodegenerative disease symptoms as soon as possible so that the needed exams could be done in order to detect the process and start a proper therapy. And this is especially important for those of you who take place in these so-called risk groups.

This is exactly why we have decided to do the research and help you understand everything that there is about neurodegenerative diseases, especially concentrating on the most common symptoms. That way you will be able to recognize the symptoms and ask for help on time.

What is a neurological disorder? 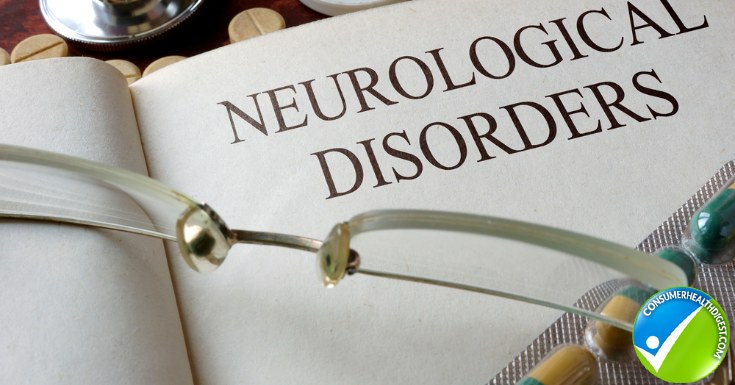 What are the symptoms of neurological disorders?

Now let’s discuss the symptoms of the neurological disorder. Depending on whether there are structural, biochemical, or electrical abnormalities present, the symptoms can vary. However, the most common symptoms of neurological disorders include loss of balance, loss of memory, improper muscular coordination during movement, muscular tremors, paralysis, decreased concentration, seizures, nausea, vomiting, changes in personality, etc.

What is a neurodegenerative disorder?

All of these diseases are progressive and cannot be easily tamed. They all include neuron degeneration that causes characteristic symptoms. Depending on which brain parts are affected, different symptoms occur. Let’s see which are the 11 most common neurodegenerative symptoms!

Which are the 11 most common neurodegenerative symptoms? 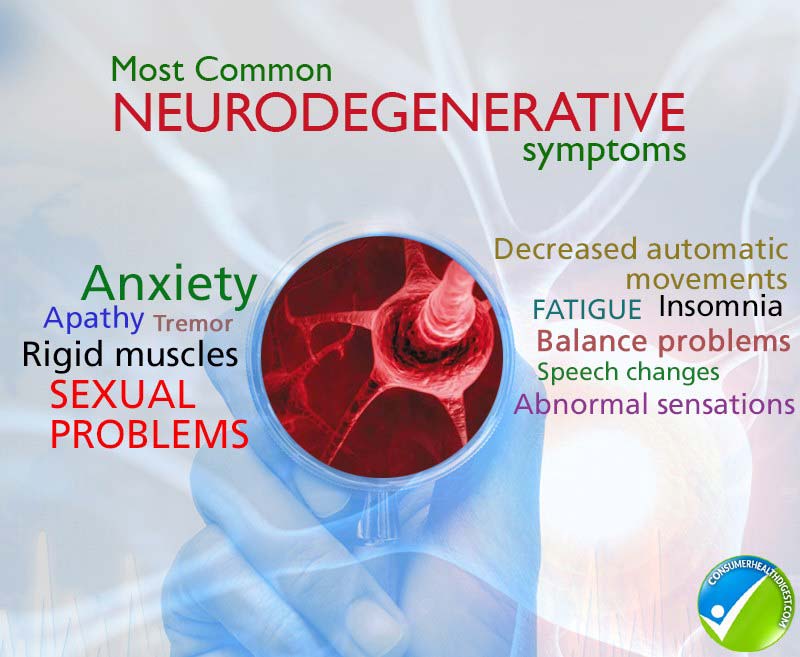 Is one of the most common behavioral symptoms that affect these patients. Apathy is defined as a state that affects the patient causing a lack of interest and motivation in the daily activities and/or activities that had the patient’s interest up to the point of the neurodegenerative disorder being present. When we say common, we mean the prevalence rates from 55 to 80%.

Mobility is most often affected by neurodegenerative disorders. Stiffness is quite a common symptom that can affect any muscle in the body, always more than one muscle at a time, causing a decreased range of motion and pain.

Due to the very unpredictable nature of these disorders, especially around Multiple Sclerosis patients, anxiety is a very common symptom. Anxiety is often accompanied by severe mood swings.

It is not uncommon for patients with neurodegenerative disorders to experience sexual problems. These problems include premature ejaculationand erectile dysfunction among men and decreased sexual sensation and lubrication as well as inability to achieve orgasm among women.

Especially present among patients with Parkinson’s disorder, the decreased ability to perform automatic/unconscious movements such as blinking or swinging the arms while walking creates quite the problem for these patients.

Slow speech, hesitation before talking, difficulty finding the words, and ununderstandable speech are just a few of the most common speech changes that occur due to neurodegenerative disorders.

Is quite a common symptom that creates difficulties in the patient’s everyday life.

Described as involuntary shaking, the tremors usually affect one limb or even one finger at a time. Although usually present among all neurodegenerative disorders, the tremors are most characteristic of Parkinson’s disease and especially during periods of rest.

It is not unlikely for patients with neurodegenerative disorders to experience abnormal sensations, especially those with Multiple Sclerosis. The patients feel tingling or/and numbness in the arms and legs which later spread to bigger and bigger parts of the body.

Which is described as one of the most common and most troublesome symptoms by these patients. It is defined as an unexplainable feeling of exhaustion that is not triggered by any specific cause or reason, but which causes troubles in completing the everyday activities for these patients.

What is the most common neurological disease?

However, when the symptoms are detected in their early stage, from there on controlling them by using various medications is a good option. By controlling the symptoms the patients can live a more normal life while still dealing with the symptoms. Unfortunately, there is no one cause for this condition.

By being such an important body organ, the brain is always at risk of being affected by one or more than one of the most common neurological diseases. What is most unfortunate when speaking of neurological diseases is the fact that most of them, if not all, are untreatable. Sure, you can control them by using some of the best medications for these purposes, however, you cannot stop the progress itself.

But it is always helpful when these symptoms are detected in their early stage. This is exactly why we have dedicated an article to neurodegenerative disease symptoms. By being common and difficult conditions to control and treat, everyone, especially those of you with a family history involving neurodegenerative disease, should keep in mind at least the most common symptoms. By knowing the symptoms you improve your chances of early detection and better treatment for yourself.

Nevertheless, there are many products on the market which are specially designed to treat the symptoms of neurodegenerative diseases. One such supplement to watch out for is known as Nerve Renew. This supplement helps to reduce nerve pain, anxiety, stress, burning, and inflammatory sensation, etc.

You May Also Like – Chronic Immunological And Neurological Diseases Day