Marijuana or cannabis has been around for thousands of years. Believe it or not, the plant has been used for numerous purposes back in ancient times. It was used for clothes, in warfare, and of course for its medicinal properties.

Nowadays, most states in the US and various countries around the world legalized marijuana which is known for preventing cancer, pain reduction, and other benefits.

Recently, we’re witnessing the rise of speculations that cannabis is also good for cognitive abilities. Is that correct? Let’s see!

Keep on reading and discover some pretty interesting information on cannabis and marijuana. Cannabis could be used as a nootropics brain booster, as the latest research has shown. One thing is certain, in the future, we will certainly hear about marijuana or cannabis being used for such purposes.

Cognitive properties of marijuana primarily derive from delta-9-tetrahydrocannabinol (THC), but other cannabinoids such as CBD play a role as well.

Although it’s assumed there are more than 100 cannabinoids, THC is the most well-known, it’s also responsible for the marijuana “high” effect. It is claimed that marijuana enhances cognition in a number of ways and we’re going to discuss them below.

Neurogenesis is the process of forming new neurons to improve functions of the brain abilities e.g. learning and memory. A study whose findings were published in the Journal of Clinical Investigation discovered that cannabinoids could act as CB1 receptors to regulate the process of neurogenesis.

On the other hand, a research from the Proceedings of the National Academy of Sciences shows that endocannabinoid system plays a major role in neurogenesis throughout the human lifespan, from embryonic development to the late adulthood.

Besides improved functions, this also reduces the risk of neurodegenerative diseases such as Dementia and Alzheimer’s. 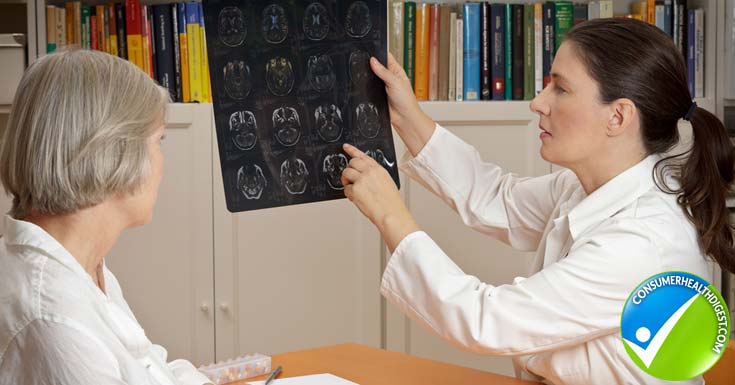 A review of studies published in the Philosophical Transactions of the Royal Society B found that activating brain’s cannabinoid system triggers a kind of antioxidant cleanse, thus removing damaged cells and improving the efficiency of the mitochondria.

A result of this action is a more robustly functioning brain.

The author of the review, Andras Bilkei-Gorzo of the University of Bonn in Germany, explains that activity of the cannabinoid system is neuroprotective and its increase poses as a promising strategy for slowing down the progression of brain aging.

Research from the Neuropsychopharmacology found that although marijuana significantly increased the number of premature responses and the time participants required to complete tasks, it had no impact on measures of cognitive flexibility, mental calculation, and reasoning. Scientists at the New York State Psychiatric Institute concluded that marijuana produces minimal effects on complex cognitive task performance.

There are some indications that marijuana increases interaction between the left and right parts of the brain and thereby improving creativity. That said, a study carried out by scientists from the Leiden University in the Netherlands showed that creativity boost through cannabis is just a myth. In fact, it induces the opposite effect.

Researchers explained the creativity boost that marijuana users think they experience is just an illusion. The negative impact was made in both low and high doses according to findings published in the Psychopharmacology. For instance, high dosage of THC also had an adverse effect on the participants’ ability to come up with solutions for the tasks they were asked to perform.

According to a one study, cannabis shrinks the brain but increases its connectivity. Scientists at the University of Texas discovered that to some extent the loss of brain volume is balanced by larger numbers of connections between neurons.

The scans showed that cannabis decreases the volume of the orbitofrontal cortex which is involved in mental processing and decision making.

These increases in brain connectivity are both structural and functional and although they compensate for gray matter loss, it starts degrading with prolonged use of marijuana. Despite the fact the tests showed that marijuana users had lower IQs than non-users, they didn’t experience brain abnormalities.

The study also showed that gray matter is more vulnerable to THC than white matter. Grey matter in the brain makes up the bodies of neurons while white matter comprises of fibers along which nerve signals pass.

As mentioned above, marijuana played a major role in traditional medicine of numerous cultures and many studies have already confirmed a wide array of those potential benefits. That’s why we witness a rising trend of patients praising cannabis for the recovery.

When it comes to brain-boosting benefits it’s still not possible to determine whether marijuana is good or bad. While in some aspects, marijuana use can be extremely beneficial, it has negative impacts on other factors of cognitive functioning.

In conclusion, cannabis and marijuana have a lot of benefits to offer, being used to improve general health and also in patients suffering from cancer. Cannabis or marijuana could be used as a nootropic brain booster but further research is necessary to confirm such matters.