Throughout recorded history, mankind has often attributed symptoms of mental illness to demonic activity or possession. In fact, most major religions describe the existence of demonic entities and their ability to affect human beings.

Although referred to by different names, demons have been said to possess people, taking over control of their senses, perceptions, thoughts, and behavior.

As recently as 2014, M. Kemal Irmak, M.D. of the High Council of Science at Gulhane Military Medical Academy in Turkey, was the lead author in an article documenting the success of a local faith healer in the Ankara region of Turkey curing schizophrenic patients within 3 months.

Dr. Irmak and co-author Gata Ybk suggested that hallucination in schizophrenia may be “a false interpretation of a real sensory image formed by demons.”

The authors concluded that medical professionals might work together with faith healers to define better ways of treating schizophrenia.

The article was published in the Journal of Religion and Health1. Needless to say, the article spurred a heated debate from the secular, Western, scientific community2 .

Spiritual aspects of health are difficult to measure, which makes them difficult to study scientifically. Even the use of objective measures, such as questionnaires, would not be practical to use with people who are experiencing psychosis.

Furthermore, differences in religious beliefs among patients and clinicians would likely lead to the imposition of certain beliefs upon others, raising concerns about religious freedom and ethical practice.

As a result, medical and faith healers have not yet been able to work together routinely.

In the meantime, scientists who study schizophrenia from a neurological perspective have found biological markers of schizophrenia and are making progress in understanding how to successfully treat the illness medically.

New breakthroughs in diagnostic imaging, genetics, and pharmacotherapy show promise for the many people suffering from the illness worldwide.

This article explores the progress being made through modern day science and technology, as well as some of the persistent myths and mysteries still surrounding schizophrenia today. 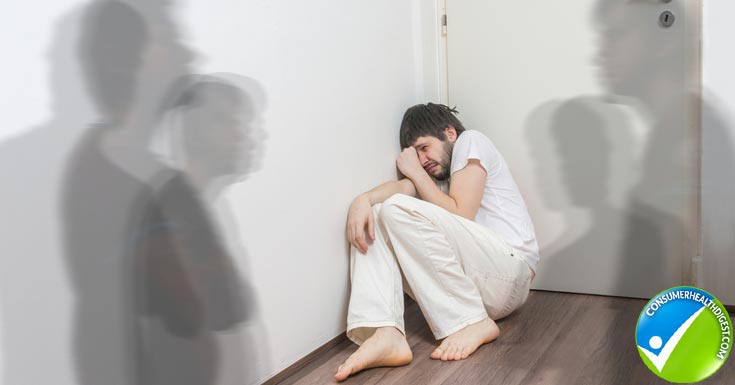 Schizophrenia is a chronic, lifelong, severe mental illness that often causes terrible suffering to those affected and their families.

Schizophrenia is now viewed as a spectrum disorder, and grouped along with psychotic disorders and schizotypal personality disorder, according to the American Psychiatric Association’s Diagnostic and Statistical Manual of Mental Disorders, 5th Edition3.

Spectrum disorders generally refer to an array of conditions that vary in symptom severity but share the same underlying cause. In short, schizophrenia is characterized by at least two or more of the following symptoms for a month or more (less if treated early):

Worldwide prevalence is estimated between 0.5 and one percent worldwide4. Onset usually occurs in young adulthood, between the late teens and mid-thirties. The average age of first episode psychosis is 21 years in men and 27 in women.

Symptoms cannot be triggered by the ingestion of mind-altering substances, although people with schizophrenia are at greater risk for the development of co-occurring substance use disorders5.

Paranoia, cognitive deficits, and suicide are also more common in people with schizophrenia than in the healthy population. 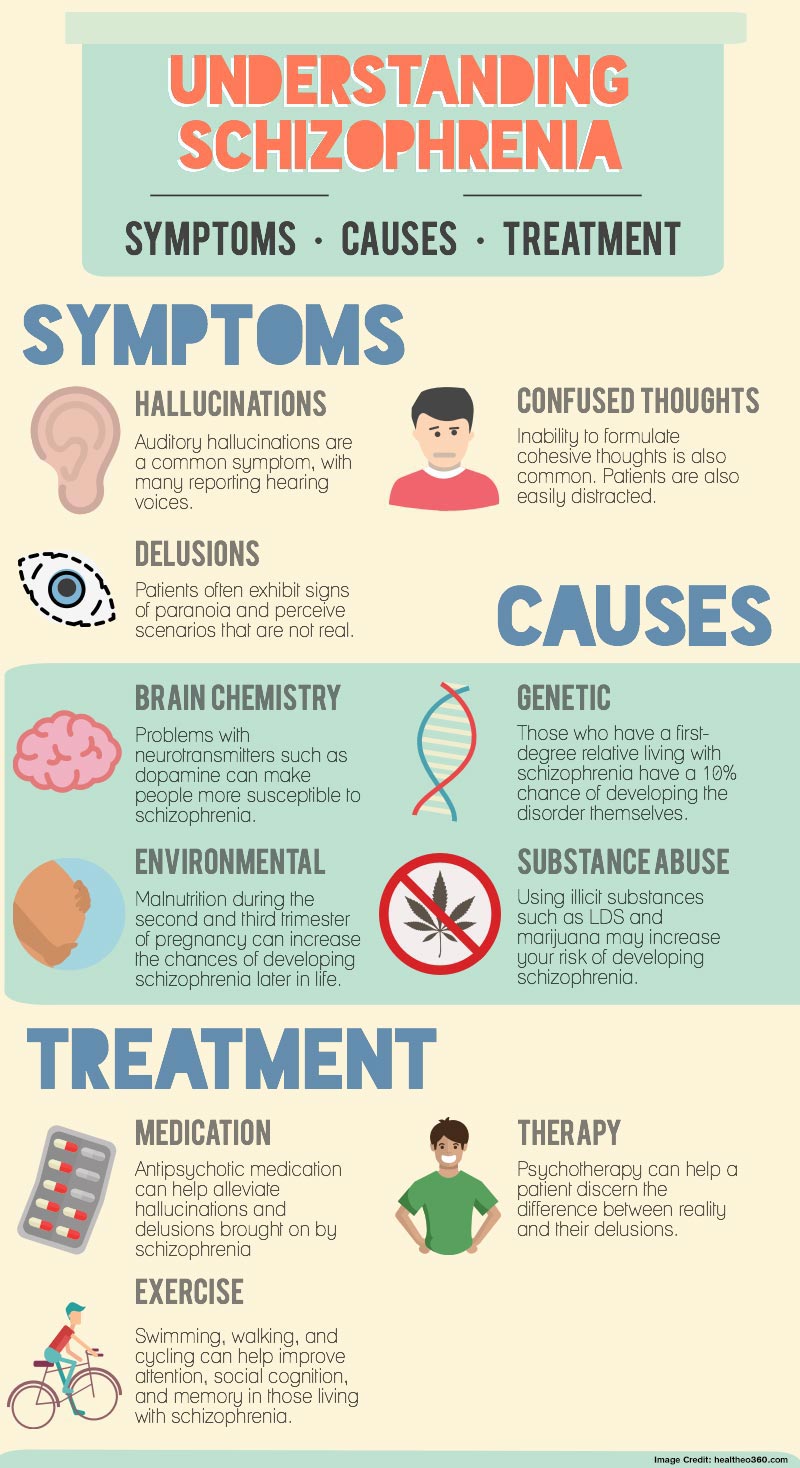 Advancements in Understanding The Schizophrenic Brain

Brains of people with schizophrenia (and even some of their family members who do not develop symptoms) are structurally and functionally different from people without the illness6. Cortical and subcortical abnormalities have been found using functional imaging techniques, particularly those using magnetic resonance imaging) fMRI.

In fact, there is growing longitudinal evidence that fMRI can detect subtle changes at key points in the progression of the illness, such as the initial onset of symptoms, the development of psychosis, and the effects of medication over time.

Thus fMRI can help to determine who is at risk for the development of psychosis and resistance to medication. This information may allow clinicians to anticipate patients needs according and plan prevention and alternative treatment strategies.

Genetics have long been understood to play a role in the development of schizophrenia based on the fact that those closely related to an affected person are at higher risk, although not all people who develop schizophrenia have a family member who is also affected.

Recent studies have identified at least 108 locations in the human genome linked to schizophrenia, but disruptions must occur at critical points in brain development for the disease to manifest7, 8. Such key points may be in utero9, during childhood10 or adolescence11, 12 or even young adulthood12. 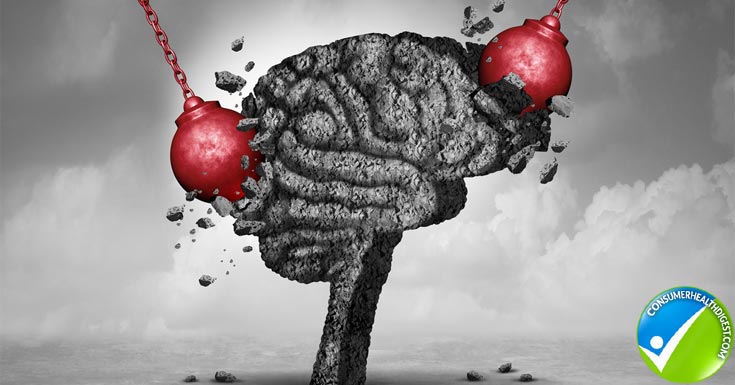 Factors that have been suggested to cause disruptions include genetic expression, trauma, exposure to toxins, drug or alcohol use or other triggers.

A relatively new field of study, called pharmacogenetics, aims to delineate drug response according to genetic variants, so that medication dose, response, and safety can be pre-determined by a simple laboratory test.

There is evidence suggesting this technology might inform clinicians as to the relevant antipsychotic medications or psychotherapeutic interventions that would best help each individual patient based on his or her genetic and cognitive profiles13.

Matching the right medication with the right patient is crucial for the successful management of schizophrenia. First generation antipsychotic medication, such as the phenothiazines, carry the risk of worsening cognitive deficits as well as debilitating side effects, such as tardive dyskinesia (involuntary muscle movements of the face, tongue, and body).

Newer atypical antipsychotics, such as quetiapine offer alternatives and appears to lower anxiety. Extended release formulations are helping to cut down on the need for multiple daily dosing.

Drugs that act on newly discovered neuropathways are currently being developed14. Pharmacogenetics may then help psychiatrists promptly determine which drugs and treatments will help each patient most safely and effectively. 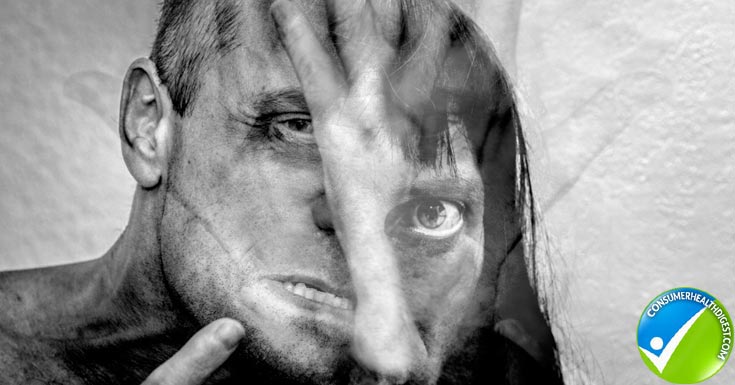 So spiritual considerations aside, for now, we know that schizophrenia does have genetic, neurological, psychological, biochemical and environmental components.

The point is that schizophrenia is not a result of bad parenting, laziness, substance use, or any sort of the fault of those who suffer from it.

Rather, the illness is a treatable condition that does require a lot of ongoing psychiatric care and social support, but can be successfully managed.

Improving Quality Of Life For Patients And Their Families 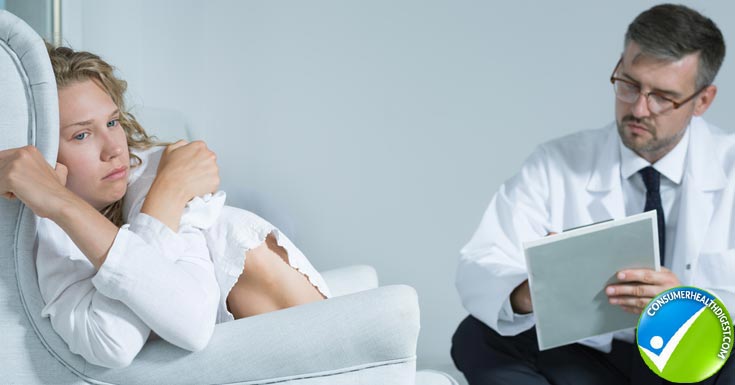 Patients with schizophrenia have many health care needs, and when care teams work together, continuity and outcomes improve. Coordinated care teams consisting of experts from different disciplines can work together to meet the many needs of these patients and their families.

Some of these include: 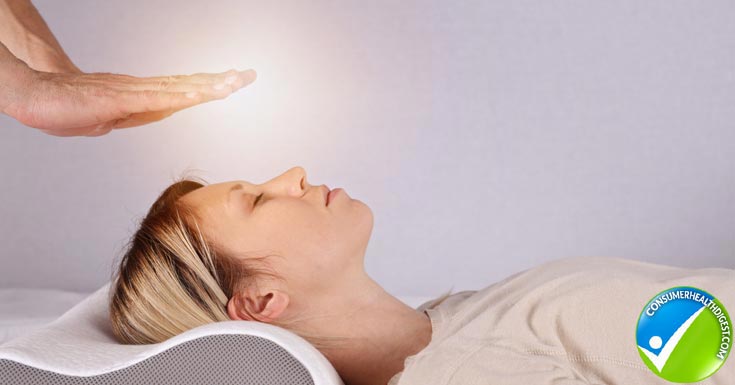 A supportive home environment and social support overall may be one of the most important factors that determine the quality of life for people with schizophrenia and their families.

Patients with families who participate in their care and adapt to healthy lifestyles that include regular sleep schedules, exercise, and proper nutrition benefit greatly from the consistency and cohesiveness such a home environment provides.

Early intervention is important to prevent recurrence of psychosis, manage symptoms, optimize medication regimen, and lower risk of suicide and addiction. Coordinated care teams help meet the many needs patients with schizophrenia have and improves outcomes.

Schizophrenia is a challenging condition but can be managed successfully so that patients can enjoy the many positive aspects life has to offer.