Ruckpack is a nutritional supplement made in the form of an energy drink that was created by American Marines Special Forces that were operating in Afghanistan.

The brainchild behind Ruckpack is Robert Dyer who is an active duty marine’s corps officer. He developed the energy drink together with other special operations marines.

They wanted to formulate a kind of cognitive supplement ideal for troops on the battlefields.

The original version of Ruckpack by Dyer is a supplement laden with power-packed vitamins and energy shot capable of giving a just maximum performance to users that are free of caffeine.

Who is the Manufacturer of Ruckpack?

Ruckpack is an alertness and performance supplement by nootropic. The former Marines designed and manufactured this supplement. The invention of the blend took place during their duty in Afghanistan.

They did their best to market this supplement in 2008 to the civilians, therefore, making it popular enough. As at now, Momentos is the main nootropic aid when it comes to marketing.

The adverts on the product website claim that this supplement is effective in boosting mental performance and also increases mental alertness under all conditions including any stressful situation.

Ruchpack is claimed to be a stimulant and so it boosts the body’s energy a great deal. It is also claimed to be healthy if it is used on a daily basis.

How Does Ruckpack Work?

Ruckpack is an energy boosting drink that is formulated with all-natural ingredients that are safe and effective.

It works to boost energy, endurance and focus naturally unlike other energy boosters that are usually made from harmful compounds that can put your health at risk.

Ruckpack contains what is referred to as SmartMuscle branch chain amino acid with a complete nutrient blend, Theanine, and CoQ10.

All these work together to give the user more energy needed for strenuous physical activity enhances focus and alleviates all forms of fatigue.

All the natural ingredients blended together help to fuel the muscles fast rapidly oxygenating them and also delivering the needed nutrients to the muscles.

Unlike simple sugars and complex carbs, the unique blend of nutrients in Ruckpack provides quality sources of fuel for the body.

Ruckpack Ingredients – Are they Safe & Effective?

What are the Advantages of Ruckpack?

What are the Disadvantages of Ruckpack?

Q: Is it really that effective?

A: Ruckpack was made by American Special Forces on the ground in Afghanistan who needed something that will pump them up with the energy needed for battle. It worked well for them and now it has been released to the public.

Q: What is the recommended daily intake?

A: It is recommended that you take a maximum of just one bottle in one day more than this will be an overdose.

Ruckpack is said to be the best nootropic supplement for physical and mental performance because it supports the optimum functioning of the two.

The story of the creation of Ruckpack is just amazing being created by military people to help give them energy on the battlegrounds. Its formulation of all natural ingredients makes it a safe choice of energy drink to users.

It helps to maintain a healthy immune system and helps in boosting mood levels. The ingredients that have been provided do not, however, have daily values through their functions substantiate the role of this product.

If this supplement overdoses, it could cause overstimulation and other unwanted side effects because it is technically a stimulant. However, it would be best to consult a doctor before taking a supplement to avoid any unpleasant side effects. 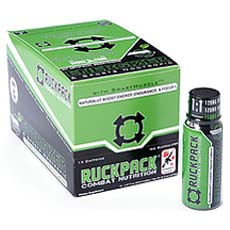 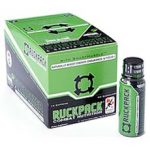