NeuroFuse is a dietary supplement that is advertised as a remedy for improving mental performance, memory, cognitive functions, focus, mental clarity and any other related brain function. Its manufacturer claims that NeuroFuse is the most advanced and effective nootropic supplement in the world.

Who is the Manufacturer of NeuroFuse? 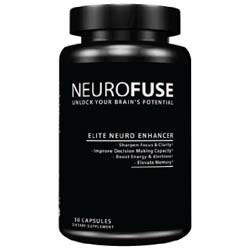 Neurofuse formula works like any other brain enhancement supplement. They come in a bottle containing 30 capsules that are a supply for one month. The manufacturer claims that this capsule, when taken as directed, improve brain energy, memory retention, concentration, well as learning abilities.

Its manufacturer claims that this product is designed for Harvard graduates who are looking to gain the advantage over other Ivy League competitors.

In a nutshell, this formula contains ingredients (Vinpocetine, Pikatropin, Huperzine A, Bacopa Monnieri, Vitamin B3, Vitamin B6, Vitamin D3, Caffeine Anhydrous, DMAE Bitartrate, Choline Bitartrate, Alpha Lipoic Acid, and Phosphatidylserine) which have been associated with memory and cognitive improvement.

NeuroFuse Ingredients – Are they Safe & Effective?

What are the Advantages of NeuroFuse?

What are the Disadvantages of NeuroFuse?

NeuroFuse is taken as a dietary supplement for brain enhancement. Each bottle of this formula only contains 30 capsules, which is a supply for one week. The recommended dosage is 2 capsules for mild problems and up to 4 capsules per day for adverse memory and cognitive decline. This means if you were to take 4 capsules per day, you would end up using 120 capsules per month, and this can be expensive for you.

NeuroFuse is not recommended for pregnant or breastfeeding mothers. This formula is also not suitable for people under medication or those suffering from a medical condition. Don’t use this product if the seal is broken or tampered with. Keep out of reach of children in a cool, dry place.

Based on various customer reviews and testimonials that we collected from the manufacturer’s website, many customers say that NeuroFuse is a formula that works. The manufacturer of this formula also claims that this product is very effective in improving memory and other cognitive function, but fail to provide scientific studies to support the formula’s claim.

Neurofuse is a dietary supplement that helps to improve overall brain health and performance. It might boost the brain energy levels and provide nutrients that enable the brain to function optimally.

It may also improve the brain memory, clarity, focus and overall performance. However, it is not suitable for use by people suffering from mental health problems and you should consult a physician first before embracing it. 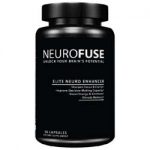