Neuro Gasm is a nootropic supplement Passion Fruit Drink is more than a beverage, as it works to enhance one's quality of life in many aspects. It provides consumers with sufficient energy, satisfaction, enhanced clarity, focus, and one's overall performance.

What is Neuro Gasm?

This nootropic supplement is not to be confused with your average energy drink because those products rely mostly on stimulants like sugar and caffeine in order to provide you energy. Neuro Gasm attempts to set itself apart by providing you energy for your brain which, as the company hopes, will, in turn, provide the rest of your physical body with energy. The formula is designed to go to work on the neurotransmitters in your brain.

Who is the Manufacturer of Neuro Gasm? 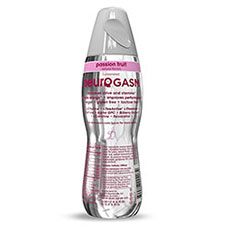 The name of the company that makes Neuro Gasm is called Neuro. The company is based in Los Angeles, California by a woman named Sanela Diana Jenkins back in 2009. Since then, Neuro Drinks has produced a wide line of drinkable supplements, ranging from sleep aids to protein supplements.

Today the company is headed up by Scott LaPorta. The company has great faith in their products and claim that Neuro Gasm in particular will supply you with playful energy.

How Does Neuro Gasm Work?

Neuro Gasm utilizes a proprietary blend of ingredients that it claims will leave you feeling satisfied and purportedly will give you more mental energy and higher cognitive function. The cognitive supplement formula employs one ingredient called Alpha-GPC which essentially helps the brain process certain enzymes quicker and stimulates certain neurotransmitters, possibly enhancing focus and mental energy.

The ingredients are essentially broken up into 2 categories which are normal supplemental ingredients, and the company’s own proprietary blend of ingredients. It is a mixture of vitamins, botanical extracts, and enzymes. Here is a list of some ingredients.

What are the Advantages of Neuro Gasm?

What are the Disadvantages of Neuro Gasm?

How Should you Take Neuro Gasm?

There does not seem to be any information in regards to dosage instructions on the official Neuro Drink website, other than you should refrigerate the drink after opening.

How Much Does Neuro Gasm Cost?

The official Neuro Drink website has Neuro Gasm on sale for $26.99. This price includes a pack of 12 bottles and each bottle contains 14.5 fluid ounces of the drink.

Unfortunately, there does not seem to be any given information about a return policy for Neuro Gasm. You may have to contact the manufacturer directly for such information.

There is no free trial offer for Neuro Gasm but the company may institute a free trial program in the future so you may want to check their site at a later date.

Let’s take a moment to reflect on the aspects of Neuro Gasm both good and bad. The balance seems to be equal and the benefits are that it may give you more energy, the product balances caffeine and L-theanine nicely, and it can be bought online and in stores.

Things you may want to consider are that Neuro Gasm has caffeine which may be too much depending on how much caffeine you already ingest. You may have to drink a lot of Neuro Gasm before you notice any benefits and you may not like the way it tastes.

Our recommendation is that you consider Neuro Gasm as a potential nootropic supplement, but also research other similar top rated nootropics products. 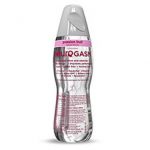