What is Legion Ascend?

This product does not target just a single aspect of your mental capabilities and it does not rely on any stimulant to produce any immediate noticeable effects that may also undermine critical functions or result in unwanted side effects.

Who is the Manufacturer of Legion Ascend? 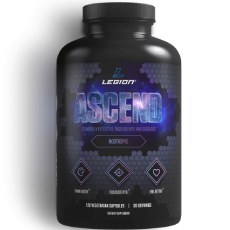 They also claim that the product does not target a single aspect of the users mental capabilities neither does it depend on any stimulant to produce the desired result.

In making Legion Ascend the following five ingredients are majorly used and their key function outlined as follows:

What are the Advantages of Legion Ascend?

What are the Disadvantages of Legion Ascend?

How Does It Smell & Taste?

Legion Ascend has got a sweet taste to the users .this makes more users to prefer it to other capsules.

Is It Safe To Use?

This product is safe to be used by all but the correct dosage should be taken. Those with health issues should consult medical doctors before taking Legion Ascend.

How Long Before I See Any Improvements?

Users of this product should witness significant improvements within a period of three months.

Legion Ascend nootropic is an overall natural brain supplement for boosting energy, memory and focus. This product banishes the users’ foggy brain with vitamins for the brain. These vitamins include; CDP Choline and Alpha GPC which help to refresh the brain memory.

This nootropic is a fast acting supplement that helps users to witness improvements within the first three months of usage. This product is safe to all users since the ingredients used to form it and the process has been scientifically proven to be safe.

These products are suitable to those who want to boost their memory since it has no harsh, any drug, stimulant, fillers or unnecessary junk that may interfere with the user. Every ingredient in the product and dosage are clearly validated by well reviewed scientific research.

Legion Ascend also provides an advanced neurotransmitter support with vitamins like CDP-Choline which helps the users in quick grasp and clear memory. However, research on the ingredients used. This will guide you in making purchase decision. 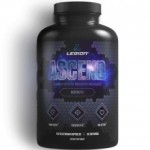