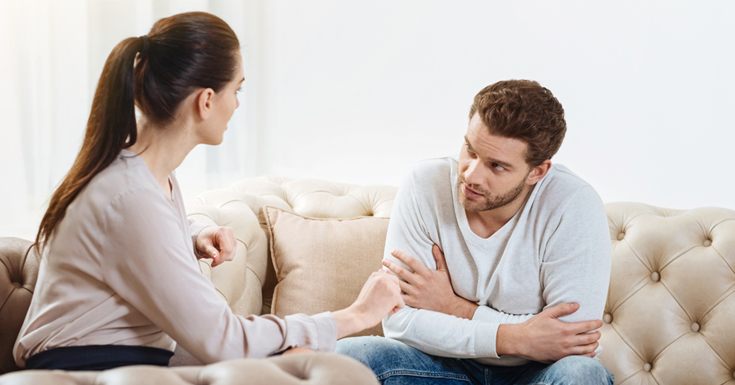 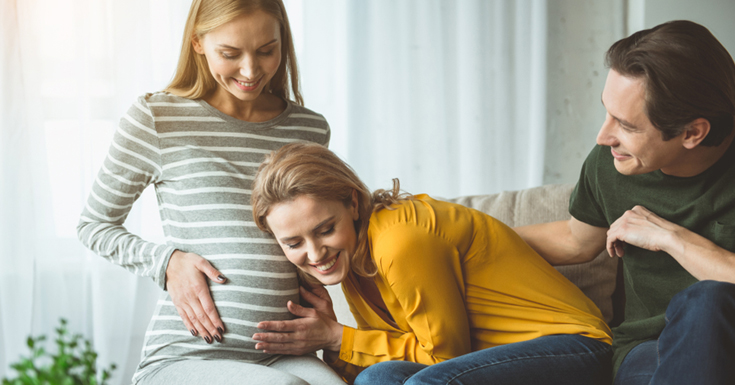 One mother shares the story of how she ended up traveling halfway around the world just to have a child via Ukraine surrogacy.

If you want to get pregnant, then don’t lose hope, Ukraine’s surrogacy can make it possible. Shutterstock Images

I don’t know if you’ve ever been told this personally, but it’s destroying. It breaks every piece of you. My doctor was kind enough to seem really apologetic about the diagnosis, but her tone was still that clinical one that all doctors seem to have.

I don’t think the realization hit me right away. Like, maybe I didn’t actually believe it, that I couldn’t have a child. Or maybe the thought was just too much for my subconscious to handle.

I’m not really sure, but I remember driving home after my appointment and just rolling those words over in my head. Again and again and again. I just couldn’t seem to grasp what they meant.

I don’t think it hit me until I told my husband. We had been struggling to conceive for almost a year, even though it felt like decades. It was actually him that suggested I go talk to my doctor.

I just assumed I was stressed, or I wasn’t eating right. Like there was somehow something that I had full control over that I could change, and if I did, then we would get pregnant.

When I explained to him what the doctor had told me, I completely shattered. I began sobbing uncontrollable. I couldn’t talk, just mumble and wipe snot on the sleeve of his sweater.

I felt like I wasn’t a woman. Like there was something wrong with me, as a person. That I couldn’t provide him this super important thing that wives – women, were supposed to be able to provide.

For the next week, I couldn’t talk about it. With my husband. With my family, my friends. I just couldn’t bring myself to speak the words, because somehow if I did, it would make them all true.

Surrogacy is not a shame; you need to discuss Surrogacy openly with your spouse or family. Shutterstock Images

The one time my husband and I started to talk about it, he mentioned adoption and I flew into some self-righteous rage, screaming that I didn’t want somebody else’s child. I wanted my child.

In some ways, I think we might have had it a little easier. Because of a congenital deformity[1] to my Fallopian tubes and uterus, there was no way I could carry my own child.

We never had the opportunity to discuss IVF[2] or surgery, it was just a hard no on all fronts. I flew into a deep depression. I started missing multiple days of work, withdrawing from my friends.

I never wanted to go anywhere or do anything. My sister finally called me out on it, she’s always been that way with me. Blunt, never lets me feel sorry for myself, and never lets me give up. I told her my diagnosis, and how hard it was for me to deal with. I had always wanted children.

“So Get a Surrogate.”

She said it so calmly and simply, it had the effect of making me feel like an idiot. I think sisters have a special way of doing that. As often as possible… Ever the pop culture queen, my sister started rattling off all of the different celebrities that had children via surrogate[3] and how well it worked for them.

As she was talking I could actually feel myself getting excited. I hadn’t been excited in what felt like so long that I didn’t trust my own emotions. But there it was, like a balloon inflating in my chest. I could have my baby.

My husband was just as excited as I was and we immediately dove into any and all possible scenarios for having a baby via surrogate. I never realized there were so many options out there.

Gestational surrogacy[4], altruistic surrogacy[5], traditional, compensated[6]… and to top it all off, we live in the US, so every single state has its own statutes and laws concerning how, and if, a surrogate child can happen. Suddenly I felt my balloon starting to deflate.

There were so many options, and almost all of them seemed wildly expensive. While we were pricing different programs nationally, an ad popped up for Ukraine surrogacy.

If you’ve ever had to deal with infertility, you know that a price tag doesn’t really mean a whole lot. It’s important, but it never is the deciding factor. You want to make sure that your baby will have the best care possible, and every opportunity to arrive in your arms as happily and healthily as possible.

So we kept digging and comparing, and digging some more to find out all we could about surrogacy in Ukraine. It seemed like it was easier to find horror stories than it was success stories, but we were able to find one clinic – ilaya[7] – that operated through Spain and used surrogates from the Ukraine.

Their prices were reasonable, and every single review I could find was favorable. Their staff was incredible. The clinics and the offices were pristine without feeling overly clinical.

Surrogacy can make impossible dreams come true for childless couples to have their own. Shutterstock Images

We got assigned a personal case worker that helped us through every single step of the process. Meeting our surrogate was like a dream come true.

She was incredibly sweet and even though she didn’t speak any English (our clinic provided a translator), I felt instantly that we had a genuine connection. For the first time I felt like I could actually enjoy the hope of having our baby in my arms.

After two trials of IVF[8], an egg took. We were elated! A million doubts and worries were lifted off of my chest and it felt like someone had removed an anvil.

Throughout the pregnancy, I went back and forth with having doubts, panic attacks, nightmares, happy moments… I think I went through every conceivable spectrum of emotion.

When we finally got off the plane in the Ukraine to see the birth of our daughter, I was a wreck. Everything flew by at a lightning pace. I honestly don’t think I could explain how or what I felt even if I wanted to.

Read Next: 10 Tips to Boost Your Chances of Getting Pregnant Quickly

All I knew was that less than two weeks later, we were in a plane, headed back to the states, and I was finally holding my baby. Then, and even now, that’s all that mattered.

Tiffany is a 34 year old, now proud mother of one, that works for a marketing firm. She, her Husband Thom, and 2 year old baby Aleena all live in Alabama.