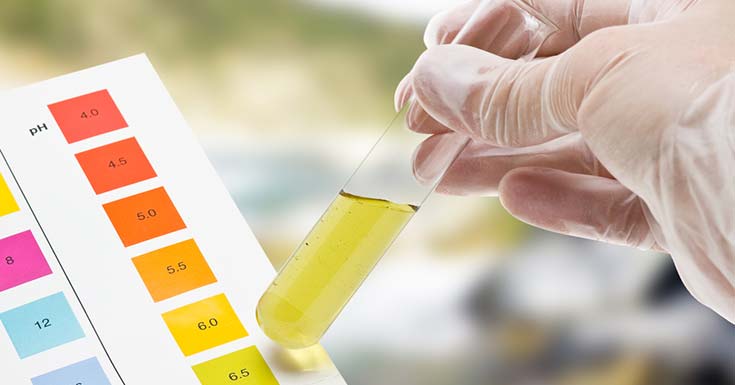 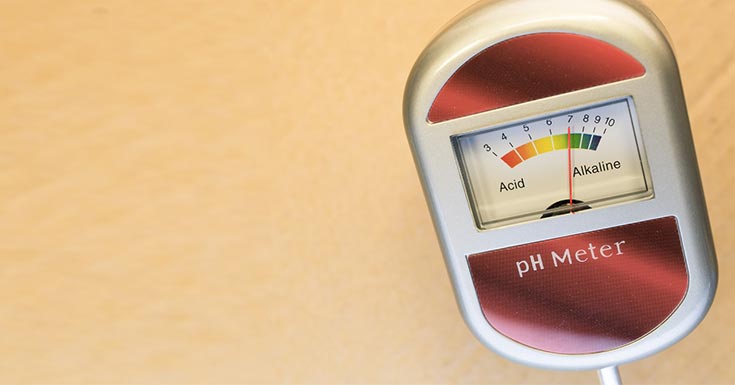 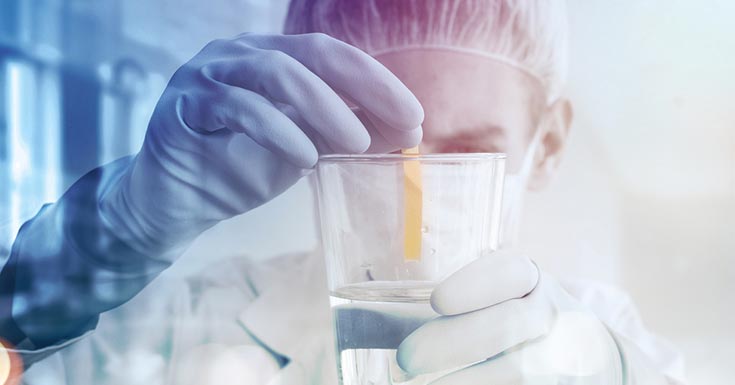 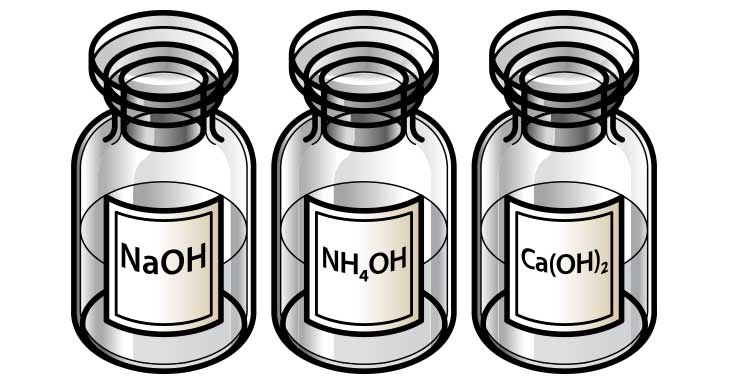 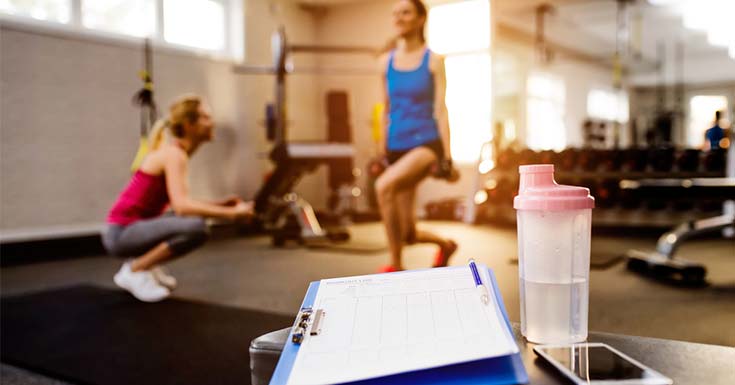 The body is remarkably adept at maintaining a blood pH between 7.35 and 7.45. Just as blood pH operates within a certain range, so do other cell structures throughout the body, depending on what kind they are and to which system they belong.

The body has a series of natural buffers, which help the blood, and cells resist changes in pH. Furthermore, the body’s water helps eliminate blood toxins. These natural buffers, however, are not designed to handle the acidic overload modern life imposes on the body. Stressors such as emotional stress, processed foods, pollutants, toxins and chemicals in our everyday household products come both from without and within the body. What we do as individuals, or more accurately what we consume regularly, plays an enormous role in how the body can withstand both the pressures from outside as well as inside the body. Acidity leads to inflammation, which in turn can lead to many other health problems.

The Nature of Water

To understand what happens within the body, one must first understand the nature of water because the body consists of more than 60% water. Generally, blood is 92% water, the brain and muscles are 75% water, and bones are about 22% water. At its very core, the body is an aqueous environment so an understanding of water will lay the foundation upon which alkalinity and acidity can be understood.

A water molecule consists of one oxygen atom and two hydrogen atoms held together by a covalent bond. It also has ions called hydroxide (a negative ion that accepts a hydrogen proton) and hydronium (a positive ion that donates a hydrogen proton). These ions develop in water through a process called self-ionization in which water molecules freely exchange a hydrogen proton forming both hydroxide (OH-, a negative ion or anion) and hydronium (H3O+, a positive ion or cation). These ions exist in very small amounts in the overall aqueous solution but they do play an important role in water. This then is the power of water; it can transform itself to suit its environment and always seeks to maintain an equilibrium between the positive and the negative.

In order to understand the acid/alkaline (acid/base) relationship we must first look at basic chemistry and the electro-magnetism involved. Ions play a major role in the acid/base reaction. The first modern definition describes how acids and bases interact in an aqueous solution (water). Simply put the Arrhenius theory maintains that:

The hydrogen ions form through the dissociation of the acid and the hydroxide ions form by the ionizing of the base. Bases are said to ionize because they can either dissociate or dissolve whereas acids almost uniformly dissociate. In both instances, it is the action of water as a universal solvent that sets the ions free.

The Arrhenius theory was limited in its scope because it only dealt with acids and bases in aqueous solutions and only looked at the relationship between hydrogen ions and hydroxide ions. In an attempt to solve some of the limits of the Arrhenius theory, a new theory emerged put forth separately by two different individuals and became known as the Brønsted–Lowry theory, named for both of them. The Brønsted–Lowry theory holds that:
Acids are proton donors.

Up to this point we have been discussing the hydroxide ion as if it exists in large quantities in water by itself. But hydroxide is not normally found by itself in nature, rather it is attached to another element, most commonly a metal (mineral) to form a base molecule or compound. The strongest bases in terms of alkalinity in an aqueous solution are the hydroxides formed from the alkali metals and the alkaline earth metals.

As with the hydroxide ion, the hydrogen ion does not exist as its own entity in an aqueous solution in any large amount. The hydrogen ion always wants to be attached to another atom or molecule that has electrons it can share. This seems somewhat at odds with the definition of an acid being a hydrogen proton donor but it is nonetheless true. The hydrogen proton may easily leave an acid but it then seeks to attach itself to another atom or molecule.

By its very nature, hydronium is the most acidic species that can exist in water.

How does the Knowledge Set Forth Above Apply in The Real World and Your Health?

What is the best way to arm the body to handle the acidic load modern life produces both from without and within?

First let’s define exactly what the enemy is, so that we can then figure out how to defeat it. It is clear that since hydronium is the most acidic species that can exist in an aqueous solution and that the body is by its very nature an aqueous environment, hydronium necessarily becomes the most important acid to combat in the body. Excess hydrogen ions in the form of hydronium are the real problem.

The extra hydrogen ion in hydronium is still highly reactive and like all acids, hydronium will donate it to another atom or molecule freely under the right circumstances. This is what makes hydronium so potentially harmful to the human body. This potential reactivity of the extra hydrogen ion can only be combated by neutralization. Neutralization of hydronium then is the means by which the acidic load on the body can be lessened. Interestingly enough, the Arrhenius theory gives us the answer for neutralizing hydronium and it is hydroxide.

If alkaline water is using many different minerals in its ionization process to create its hydroxide, the potassium and sodium hydroxides would produce the highest degree of free hydroxide ions and the calcium hydroxide would be inhibited from doing so.

Because most alkaline waters on the market today rely on the addition of many different minerals and electromagnetically induced ionization of the water thereafter, they are necessarily limited by the inherent nature of the hydroxides produced. Most waters add sodium, potassium, calcium, and magnesium among other minerals. These four are the most important.

So how does Hydroxide Alkaline Water overcome these limitations? The answer is found deep within the earth. Limestone, which exists everywhere and makes up 10% of all sedimentary rock, is a very rich source of calcium hydroxide. By processing limestone through the introduction of heat and then water, solid calcium hydroxide forms naturally and is very stable yet highly reactive to acids. This processing allows for natural ionization in which hydroxide ions are formed and combine spontaneously with calcium ions. Ionization here refers to the creation of the ions naturally by simply reacting with water.

A Practical Application to Your Lifestyle and Health

The role of lactic acid in muscle fatigue during exercise has fallen under much scrutiny in recent times. Current research and theory holds that it is a buildup of hydrogen ions in the muscles that is to blame. Whether these hydrogen ions come from dissociation from lactic acid or are created during the break down of ATP, is still a matter of debate. The fact that the acidity associated with the presence of these hydrogen ions is the cause of muscle fatigue is now almost universally accepted.

When a hydrogen ion dissociates from acid or is otherwise produced as a by-product of some other chemical reaction, it attaches to a water molecule and turns it from H2O into H3O, the hydronium ion. When hydroxide comes into contact with the hydronium, it combines and two new water molecules are formed. As noted earlier, the chemical equation is this:

The free hydroxide ions that Pure Hydroxide Alkaline Water provides the body, work seamlessly within the biological mechanisms the body already uses to maintain its acid-base balance. Because the end product is water, balance is restored, inflammation is reduced, hydration is enhanced, and detoxification is bolstered.

The level of pH alkaline water has is a measure of both its mineral content (whether trace minerals or sodium bicarbonate) and its hydroxide content, with the hydroxide content being the more important of the two in terms of fighting acidity.

Lab results show Pure Hydroxide Alkaline water concentrate has a pH of 13. This results in a diluted drinkable pH of 11+ and yet it is not caustic. Lab results further show that 95% of the alkalinity comes from hydroxide. Nothing works better for combating acidity and for specifically neutralizing hydrogen ions (hydronium) in the body than hydroxide.

Acidity in the body often causes acidosis and almost all studies show that acidosis causes inflammation. The CDC says that inflammation is either causative or adversely affects 65%-85% of all chronic diseases. By combating acidity, we also drastically diminish inflammation which is extremely important for a healthy body.