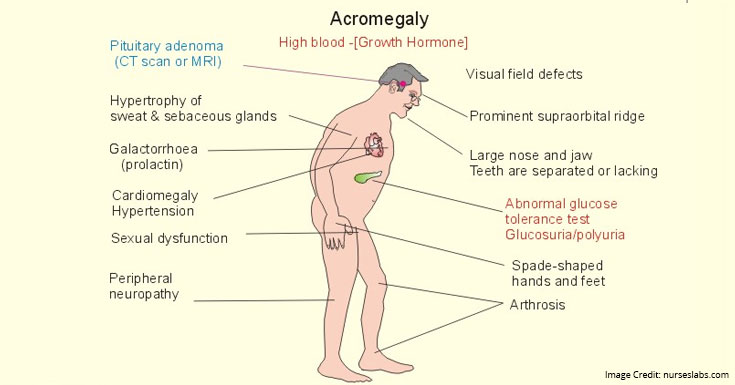 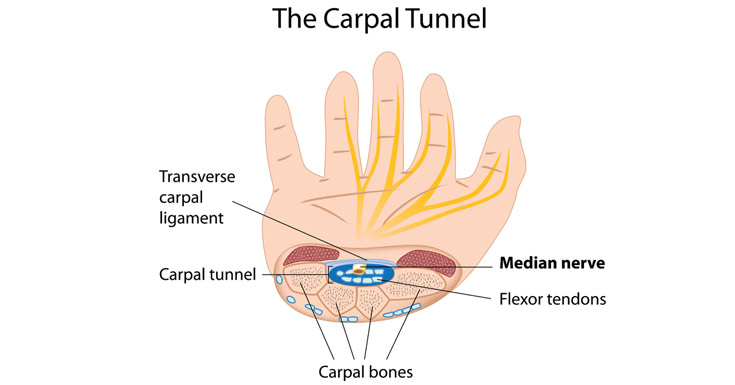 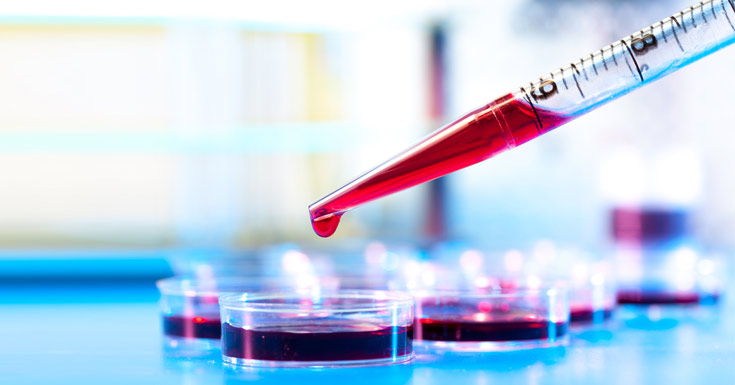 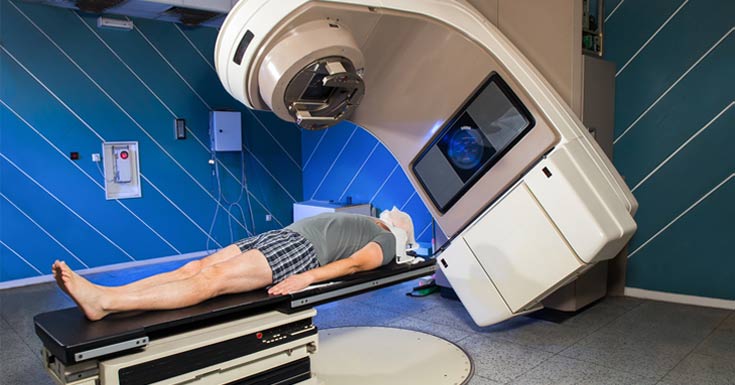 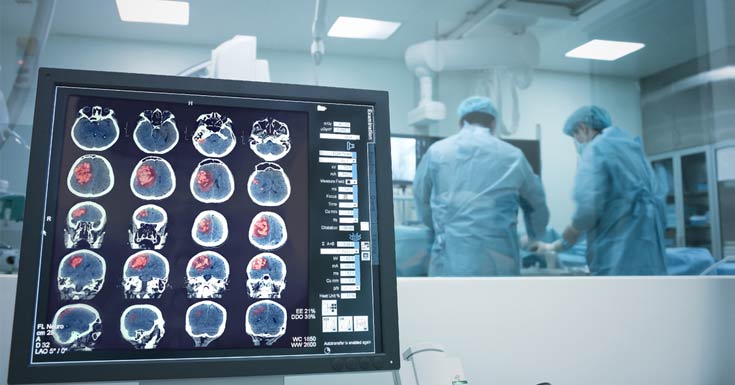 The endocrine system in the human body plays a vital part in maintaining normal growth and a healthy overall body.

One specific hormone that is secreted from the endocrine system has a particularly important part to play in numerous functions of the body – this is the growth hormone.

The hormone is secreted from the anterior pituitary gland. From here, the hormone enters the bloodstream and is distributed to various parts of the body to perform different functions.

In children, the growth hormone is essential for normal growth. In adults, however, growth hormone does not contribute toward further growth but rather assists with the maintenance of a normal body structure, as well as many other functions.

Problems with the endocrine system are relatively common amongst the global population and can lead to the development of many problems.

Problems with the production of growth hormones, in particular, can cause problems to develop as early as childhood.

We are going to discuss potential symptoms and complications that this condition can cause, as well as how the condition is diagnosed and the current treatment options that are available to treat the condition.

What Is Hypersecretion of Growth Hormone?

Hypersecretion of Growth Hormone is a medical condition that is also known as Acromegaly. The condition is classified as a hormone disorder and is diagnosed when the pituitary gland releases a higher-than-normal volume of growth hormone.

The condition is most often diagnosed amongst adults who are middle-aged but can develop in younger people – including children – as well.

When Acromegaly develops in children, it may also cause another condition to develop that is known as gigantism, which causes excessive height and bone growth.

One of the most significant problems that medical professionals face with this condition is the fact that it usually causes the development of symptoms gradually and not suddenly; thus it is often difficult to diagnose the problem at a young age.

Since Acromegaly affects the secretion of growth hormone by the pituitary gland, the most obvious symptoms are often seen in growth features.

When the condition develops prior to puberty, then it usually causes the patient to experience an abnormal growth in height.

In adults, the condition often causes larger-than-normal facial features. Many patients also find that their tongue is larger than it should be.

In addition to these symptoms, it is also very common for a patient to develop feet and hands that are abnormally large.

Apart from these more obvious symptoms, additional symptoms are also often found amongst patients with Acromegaly.

These symptoms are usually very “general”; thus leading to the thought that the symptoms may be caused by a more common health concern – which is one particular reason why Acromegaly may be overlooked at first. These symptoms may include:

In men, erectile dysfunction may develop over time. Women may also experience abnormal periods. It is also often found that the condition causes the sex drive of a patient (regardless of their gender) to become very low or, in some cases, the patient may even experience a complete loss of their sexual desire.

While it may not seem as problematic in the early stages, mostly due to the fact that Acromegaly is a disease that worsens gradually, the condition can lead to numerous complications that can cause addiction symptoms to develop as the disease progresses.

Joint pain is one of the most common complications that patients experience when they develop this disorder. Carpal tunnel syndrome is also very common amongst those with Acromegaly.

Other complications that also seem to be rather common include teeth that are widely spaced and skin tags. In addition to an enlarged tongue, the patient’s nose and lips may also appear abnormally large.

Cardiovascular disease is also another potential condition that becomes more likely to develop amongst those with Acromegaly – just as cardiomyopathy, which is a particular condition that adversely affects the muscle of the heart.

Furthermore, it is also important to note that bowel polyps are more common amongst patients with Acromegaly and, when not treated promptly and appropriately, these polyps may develop into cancer in the bowel.

How Hypersecretion of Growth Hormone Is Diagnosed

Hypersecretion of Growth Hormone is a relatively rare disorder. For this reason, doctors often do not immediately consider the condition as a definite possibility when symptoms are present in a patient.

Instead, a doctor may first request tests to rule out other potential causes.

To officially diagnose Acromegaly, blood tests first need to be requested and specific tests need to be performed on the blood samples that were taken from the patient.

The test would primarily look at how much human growth hormone is circulating in the patient’s bloodstream.

The most accurate way to determine whether Acromegaly is present in a patient is to perform a blood test under a condition where the secretion of growth hormones is suppressed.

Doctors usually perform such a test by first administering a glucose tolerance test on the patient.

Blood samples are taken after the glucose tolerance test was performed since the consumption of glucose would suppress the release of growth hormones in a normal scenario.

Should the growth hormone level of a patient remain high after a glucose tolerance test was administered, then there is a good chance that the patient may have Acromegaly.

Elevated levels of IGF-1 are usually an accurate way for a doctor to diagnose hypersecretion of growth hormone.

The magnetic resonance imaging scan will allow the doctor to determine the precise location and size of the tumor should the disorder be caused by a tumor.

It is important to note that, for a doctor to officially diagnose Acromegaly, three particular criteria factors need to be confirmed first:

Additional locations observed through imaging tests to identify other sites of a potential tumor usually include the chest, as well as the stomach region. Other areas may also be scanned.

When hypersecretion of growth hormone is not treated appropriately, then it may cause more serious problems to develop.

Patients may also develop life-threatening symptoms when the condition is not treated. Thus, identifying the symptoms, obtaining a medical examination from a professional healthcare provider and gaining an early diagnosis of this particular condition is vital.

If the condition is only starting to develop and the symptoms are mild, then treatment may be more successful and aggressive treatment measures may not be required.

In addition to the severity of the disorder, the doctor also takes a look at the patient’s medical history.

The patient’s general well-being, as well as their current age, also plays important parts in how the patient will be treated for their disorder.

According to John Hopkins Medicine, the doctor also takes the particular patient’s tolerance towards the various treatment options available to them into account.

There is no use in providing the patient with a treatment option if they would have tolerance toward the medicine or therapy utilized.

There are three primary treatment options available to patients with Acromegaly.

In most cases, one particular treatment option is not chosen – instead, a doctor usually prefers the administration of multiple treatment options for a more successful end result.

It is important to note that Acromegaly can be treated successfully, especially when the disease is caught at an early stage.

According to The Pituitary Society, the three primary treatment options that may be utilized to treat the condition include surgery, radiotherapy, and drug therapy – remember that hypersecretion of growth hormone is usually caused by a tumor in the pituitary gland; thus treatment options would be similar to that of cancerous tumors in other parts of the body.

To better understand each of these treatment options, let’s take a look at each of them separately.

With surgery, the aim of the treatment option is to remove the tumor in the pituitary gland that is causing the gland to secrete an excessive amount of growth hormones in the patient’s bloodstream.
With this option, a surgeon will need to make an incision at the back of the patient’s nose, which is called transsphenoidal surgery.

Fortunately, this particular type of surgery is not as invasive as some may think. By utilizing specialized tools, the surgeon is then able to remove the tumor from the pituitary gland through the back of the patient’s nose.

In some cases, the patient may not be able to opt for the surgical removal of the tumor that is causing the hypersecretion of growth hormone.

The reason may vary from one patient to another, but this causes the doctor to opt for an alternative option – which would usually include the use of radiotherapy. There are also cases where radiotherapy is used after surgery has been performed to treat any remaining tumor tissue that was not removed during the surgery.

Different types of radiotherapy can be used to treat a tumor in the pituitary gland that is causing excessive production of growth hormone.

Each of these medicines works in a unique way to assist with the treatment of the hypersecretion of growth hormone.

Growth hormones are essential for growth during childhood and continue to play an important role in maintaining the body’s structure and contributing to numerous metabolic functions in adulthood.

Hypersecretion of growth hormone, a condition that refers to the body releasing too much of this particular hormone, can cause numerous unpleasant symptoms to develop.

Fortunately, identifying the problem is possible, which can be followed by an official diagnosis by a professional healthcare provider and treatment to assist with reducing the release of the hormone and alleviating the symptoms caused by the condition.