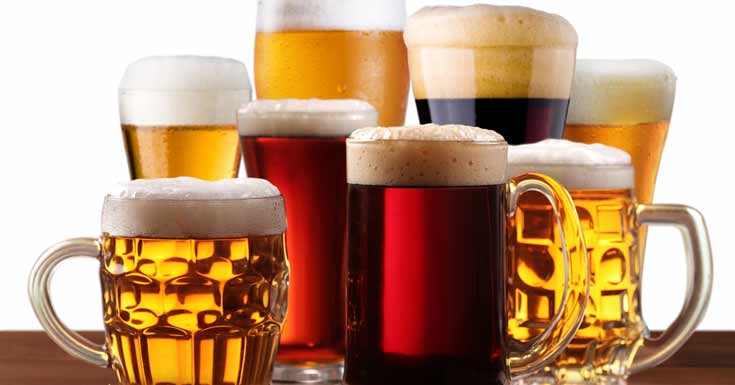 Excessive consumption of alcoholic beverages has been linked to numerous health risks, including liver disease, cardiovascular disease, and gout, to name just a few. But you may not be aware that studies have found overindulgence can also damage your hearing. Learn more about the risks to your hearing health and how moderation can help you retain one of your most precious senses.

How Much Is Too Much?

Before examining how alcohol can hurt your hearing, let’s explain what we mean by “excessive” drinking. Moderate consumption is defined as having no more than one alcoholic drink per day for women and two per day for men, and is generally considered safe. Note that drinking in moderation does not mean consuming your entire week’s allotment in one day! Any drinking that brings your blood alcohol concentration (BAC) to a level of .08 percent or higher is considered excessive. This is roughly equivalent to a man drinking more than five alcoholic beverages and a woman consuming four or more within a two-hour period (commonly referred to as “binge” drinking). And a man drinking 15 or more alcoholic beverages per week or a woman drinking eight or more during the same span can be considered a heavy drinker.

Among the many health risks exacerbated by excessive drinking, hearing loss is probably not the one that first comes to mind. However, studies have found it is yet another significant side effect. Heavy drinking over an extended time causes damage to the part of your brain that processes sound (auditory cortex) and may result in brain shrinkage. This can eventually damage the auditory nerves responsible for hearing. Even though your ears may still be functioning properly, your brain loses the ability to process sound. 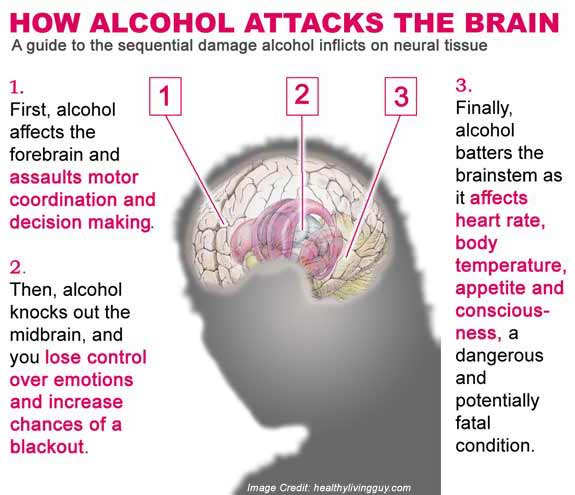 Heavy drinkers may face additional risk in that significant, long-term abuse can cause actual damage to the hair cells, those delicate sound transmitters housed in the cochlea (inner ear). Regular exposure to high levels of alcohol in the bloodstream causes ototoxicity – literally “ear poisoning” – and the hair cells die due to their now-toxic environment.

Read Also: Are Men More Likely to Lose Their Hearing than Women?

Alcohol and Noise – a Recipe for Hearing Loss

One study conducted by researchers from the University of London investigated whether alcohol alone or in combination with noise could cause hearing loss. Researchers found that their test subjects’ ability to hear at the lower frequencies, which is essential to understanding speech, diminished over time. This phenomenon likely accounts for why the noise level at cocktail parties and bars seems to increase the later you stay the more people drink, the less they are able to understand one another, so everyone keeps raising their voices. While this “cocktail party” effect is usually temporary, researchers caution that permanent hearing damage with regular exposure and heavy consumption is a real possibility that merits further study.

Moderation in All Things

Drinking too much has been linked to increased risk of certain kinds of cancer, injuries from falls or car accidents, stroke, and liver disease. Remember that regular and heavy consumption can damage your health and your hearing, especially if you are spending a lot of time in noisy environments like parties or pubs. If you have any concerns about your hearing, please contact a hearing care professional and schedule a hearing test.