Skin Lightening Glutathione Injections – Is It Safe and Effective?

Are you also considering Glutathione injections for skin whitening? Learn more about its safety and effectiveness.
Consumer Health Digest Staff

When you look at magazines, billboards and even on TV commercials, you would notice the flawless, fair and porcelain type of skin that famous personalities have.

The good news is that you can also have this kind of skin. With the recent developments in technology, there are various glutathione injections that can make your skin look light and bright.

Almost all skin care centers offer glutathione injection services. If you want to have that glowing and fair looking skin, this is might be one of the most viable options.

Many women have already tried going for this kind of treatment just to achieve the skin they long desire. But along with the growing popularity of glutathione injections, there has also been an on-going debate as to whether these injections are indeed safe and effective.

For those who consider this option, it is important to get to know more about glutathione and how the whole thing works. 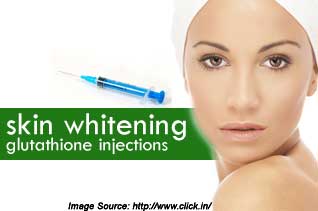 Among the most popular treatments that women try these days is the intravenous glutathione whitening treatment. Skincare and beauty experts claim that by undergoing this treatment, it can lighten your skin.

With the controversies that go around skin lightening, it is normal for some people to hesitate to try skin-lightening glutathione saying that it is not safe. Everywhere you go there are tons of whitening products that are being offered for sale.

Having white skin is always equated to beauty. No wonder there are a lot of people who want to try out various skin lightening treatments.

Glutathione is known to have strong anti-oxidant properties and can repair damaged cells. By injecting glutathione via IV, you get to have light skin.

For those who are not familiar with glutathione, they might wonder how it is used to lighten the skin or if it is indeed safe to use. Glutathione has a lot of medicinal use.

In fact, it is widely used to prevent various kinds of diseases and illnesses like dementia, cancer, aging, heart diseases and a whole lot more. Glutathione is even used for those who have Alzheimer’s disease. When you look at literature reviews, there are about 89,000 articles tacking about glutathione.

Medical Evidence Regarding the Use of Glutathione 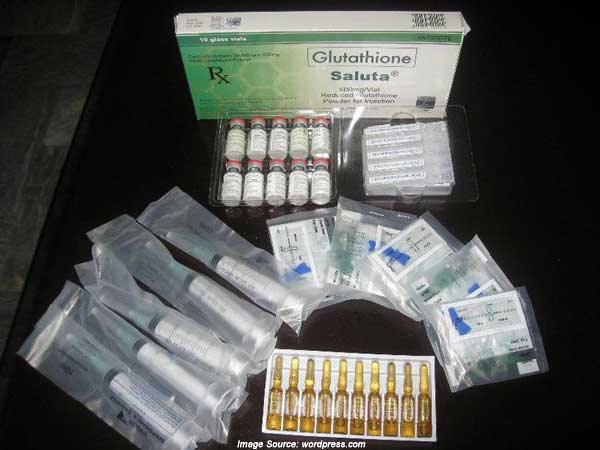 There have been various medical studies about glutathione.

Based on the available medical articles, glutathione is said to have various health benefits but when it comes to strong evidence that will lead to significant health outcomes, the studies are still lacking.

Despite this, experts have come up with alternative usage for glutathione.

According to Dr. Oz calls, he considers glutathione as one of the best anti-oxidants. Having glutathione through oral intake would not suffice.

This is basically one of the reasons why many skincare experts have come up with glutathione injections.

Now the question that many people want to know, is glutathione safe for skin whitening? Many experts would say that glutathione injections are indeed safe. In fact, apart from making your skin look flawless and fair, there are also various benefits for health.

For one, glutathione can eliminate toxins and other harmful free radicals in the body. Glutathione is also proven to be effective in boosting the immune system, beneficial for the central nervous system and infertility.

Many who are interested to try the intravenous glutathione skin whitening treatment have doubts as to whether this is indeed really safe.

Those people who have already tried this treatment can only say good things about the results. According to the Natural Medicines Comprehensive Database, clinical trials have been conducted regarding the safety and effectiveness of using IV glutathione.

Injecting glutathione is safe for as long as it is administered by experts and medical professionals.

What individuals should be careful about is the use of unapproved glutathione.

In a safety statement released by the Philippines Food and Drug Administration, there has been a lot of unapproved use of glutathione that can have severe and negative consequences.

Based on the report, there are possible adverse reactions when used in the wrong way. For instance, a person may experience having skin rashes and may even have Steven Johnsons Syndrome.

Apart from that, this can also lead to thyroid function problems, kidney failure, abdominal pain, etc.

The clinical studies are not robust enough to prove that glutathione is really safe without any negative health repercussion.