What Is Rosacea? – Everything You Need To Know 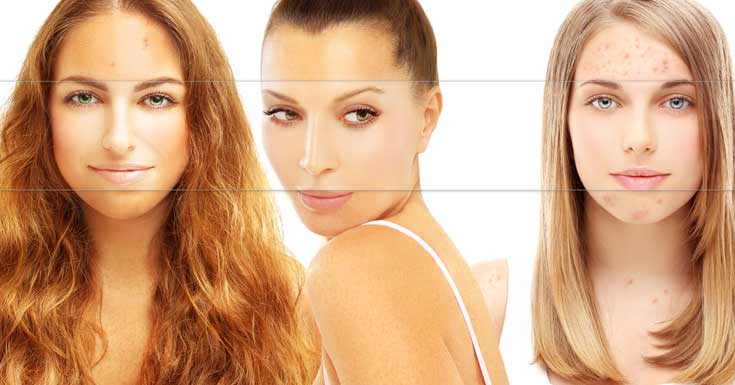 Rosacea is a condition that causes redness and pus-filled bumps on the face. Shutterstock Images

It appears most often on the face, mainly on the cheeks and nose.

According to the National Rosacea Society, rosacea now estimated to affect at least 16 million americans.

Some forms of the disorder affect the neck, chest, and upper back, as well.

Adults who are middle-aged (ages 30-60) and older are the most likely to develop rosacea, but it can appear at any age, even in children.

According to the American Academy of Dermatology, women get it more often than men, but when men get rosacea, it’s more severe.

Rosacea is chronic: it’s long-lasting, and it comes and goes in periodic “flares” that can last for weeks or months.

There is no cure, but there are treatments that can help to calm and keep it under control.

Rosacea can affect adults of any skin color.

Fair-skinned people who have blond hair and blue eyes have Celtic or Scandinavian ancestry, or who flush or blush easily get it most often, however.

Researchers don’t know the exact cause but believe it may be hereditary.

Not everyone who has relatives or ancestors who had the disorder get it themselves, however.

Other researchers believe blood vessels that dilate too easily may be the cause.

What “triggers” a flare in one may not affect someone else with the disorder, and often, triggers aren’t identifiable.

The most common triggers seem to be things that increase blood flow to the skin.

Those most reported includes:

Corticosteroids such as prednisone

Drugs that dilate the blood vessels 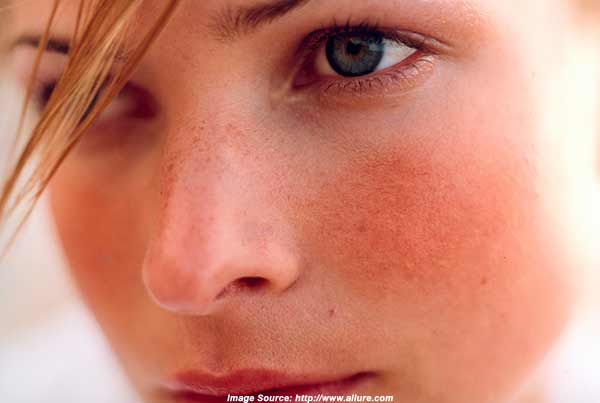 The most obvious sign of rosacea is redness or ruddiness in the middle of the face.

The redness includes the nose and covers both cheeks.

Small blood vessels become dilated and swollen and may be visible near the surface of the skin.

Rosacea may also cause acne-like, reddened bumps that may contain pus.

The bumps may be small or large, and over time can form patches of thickened skin.

It may feel hot and tender, and the bumps may itch, burn, or sting.

In the worst cases, rosacea can cause the tip of the nose to become enlarged and bulbous (rhinophyma).

The comical, knob-like nose of American comedian and actor W. C. Fields was the result of a long-term case of rosacea[1].

Rosacea affects the eyes in about half of those who get it, as well.

It causes dryness and irritation, making the eyes red, and can make the eyelids thick and swollen.

There are no specific tests for rosacea.

Instead, doctors examine the skin and eyes, and consider the patient’s symptoms and history, first checking for and ruling out other diseases like psoriasis or lupus, or skin disorders like eczema, that share similar signs and symptoms.

There are a variety of treatments for rosacea, depending on the type and severity.

Treatments for thickened skin may require referral to a dermatologist.

If rosacea affects the eyes, treatments may include washing the eyelids several times daily and a prescription for eye medicine.

Rosacea is incurable, but controlling it and keeping it from getting worse is possible with medical treatment, and by learning individual triggers and avoiding them.

Treatment can also reduce redness and the number of flare-ups, and help prevent rosacea’s acne-like breakouts.

By the way, if you have rosacea, you’re in very good company. Along with W.C. Fields, Princess Diana had rosacea. And former President Bill Clinton still has it today.

Read Also – What are the Benefits of Infrared Sauna on Skin?