An inspiration and role model to the millions who have heard his story and and seen his videos, Mike Harrington had no idea the impact his health journey would have on the rest of the world when he first set out.

As he persisted through his journey and the weight loss was becoming noticeable, people began to tell him that it was motivating them to take charge of their own health. And, after losing over 200 pounds, Mike’s story got the attention of the media.

Mike receives dozens of messages and emails each month from people seeking advice, pouring out their hearts about their health struggles, and how his story has inspired them and given them some hope. Over the past several years Mike has met and spoken to many people, giving tips on lessons learned through his journey, and more importantly, about sustaining health. Mike is a big fan of Lifestyle Medicine, a branch of medicine which promotes curing chronic illness with lifestyle changes over medication or other means.

Mike has a passion for healthy living and helping others who are looking for a symbol of hope. More than mere weight loss, Mike’s story is about his triumph over the adversities in his life. Most weekends you can find Mike hiking in the woods where he hosts his weekly Facebook Live broadcast, “Hike with Mike” on which he talks about a variety of topics related to health, motivation, and dealing with personal struggles.

Mike’s mission is to “Inspire People To Take Charge Of Their Lives And Their Health By Being An Example Of What Is Possible”. 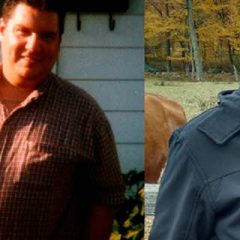 What You Should Learn From Mike Harrington’s Weight Loss Story

In June 2014 I started a journey that would change my life in more ways than I ever expected. At the time I weighed over 400 pounds. My health was in jeopardy and, to make matters...