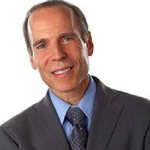 Dr. Joel Fuhrman, is a Doctor Of Medicine and is a family physician. He is 7 times New York Times best-selling author and nutritional researcher who specializes in preventing and reversing disease through nutritional and natural methods.

Dr. Fuhrman is an internationally recognized expert on nutrition and natural healing and has appeared on hundreds of radio and television shows including The Dr. Oz Show, The Today Show, Good Morning America, and Live with Kelly. Dr. Fuhrman’s own hugely successful PBS television shows, 3 Steps to Incredible Health and Dr. Fuhrman’s Immunity Solution bring nutritional science to homes all across America.

His latest book, Eat to Live Cookbook (HarperOne) debuted at #1 on the New York Times bestseller list in October 2013, one week after its release. In addition, Dr. Fuhrman has written several other popular books on nutritional science which include: Eat for Health (Gift of Health Press), Disease-Proof Your Child (St. Martin's Griffin), Fasting and Eating for Health (St. Martin's Griffin) and the Dr. Fuhrman's Nutritarian Handbook and ANDI Food Scoring Guide (Gift of Health Press).

You can connect with him on his website Dr.Fuhrman. You can also catch him on social media where he keep writes about health and fitness.