Medically reviewed by Melissa Feldman
0 Reviews
1 out of 5

BellaVei is a skin care treatment that uses powerful ingredients to moisturize and hydrate the complexion. The product promotes healthy looking, beautiful skin, and it claims to contain ingredients that are powerful enough to remove fine lines and wrinkles, too.

Many things contribute to women’s aging of the skin; in most of the cases, premature aging is the most severe element that makes woman’s skin sag and look damaged.

BellaVei claims to be a potent multi-tasker that lightens and brightens the neck, face and cleavage area while safeguarding the natural beauty of the skin.

By using these products, your completely improve the clarity and elasticity of your skin. Discolorations will fade away, and you won’t have to worry about dark blemishes and age spots anymore either. The BellaVei skincare treatment is suitable for all types of skin. It is an extremely important skincare formula meant for mature women who want their complexion to look 20 again.

Bellavei Ingredients – Are they Safe & Effective?

What are the Advantages of Bellavei?

What are the Disadvantages of Bellavei?

Not quite. BellaVei skincare advises customers to start using this product even if they’re in their 20s to prevent premature aging[3]. This is a wrong allegation since women in their 20s already have a radiant and youthful-looking complexion; they don’t need any artificial enhancers. Dermatologists argue that women in their 20s shouldn’t use anti-aging creams.

The complexion is already resilient and healthy enough. A moisturizing lotion is advised to keep the skin soft and clean, but not an anti-wrinkle cream. That being said, we can’t really say that BellaVei is safe.

Furthermore, there’s no official website of this product. There are many satellite web pages that advertise it, however, most of them are shady and unreliable.

BellaVei claims that many factors contribute to premature aging. First, the cells of the skin are mostly made of collagen and elastin; second, after the age of 30, the skin starts losing the compounds we just mentioned, and the end result is sagging, wrinkled skin.

BellaVei says its product line contains potent ingredients that fight off visible aging signs. The lotion rejuvenates and restores the cells of the skin, while also promoting the production of collagen.

The allegations made by the manufacturers of the BellaVei cream are totally unfounded. They haven’t tested their products, and they haven’t sold many either. In the absence of a well-made website, we can’t trust that this product offers any results.

There’s no complete list of ingredients, either. The ones mentioned are not backed by proof, and there are no specifications in what quantities these potent ingredients are included in the cream.

What Can I Expect From Using Bellavei?

There’s not much you can expect from using the BellaVei skin care cream. The product might have some moisturizing and hydrating effects, but under no circumstance it eradicates wrinkles.

The manufacturers even claim that the BellaVei cream is better than Botox. On top of everything, they mention that celebrities have been using it too – which is a lie meant to attract customers.

The BellaVei line of skincare products promises impossible results. Apart from being an excellent moisturizer and toner, the manufacturers argue this product wards off visible aging signs, like fine lines and wrinkles. They even state the treatment is better than Botox, and that many celebrities have tried it already.

On the BellaVei website, there are a couple of positive reviews that almost look too good to be true. The alleged customers who tried the treatment claimed incredible results.

There’s no information available on the company’s background in the skincare industry. And from what we’ve seen, the BellaVei website is brand-new. While they do mention that the creams contain potent ingredients (vitamin C, shea butter, arbutin), they don’t mention in what quantities; it’s hard to believe that a simple cream can remove wrinkles by up to 65%.

That’s just one of the many claims BellaVei highlights on their website. Last but not least, we have no idea how much this product costs and if it contains other artificial ingredients or not. Research for other top rated wrinkle creams anti-aging before you make any decision.

As we age the composition, texture and appearance of our skin changes. Signs of skin aging include wrinkles, fine lines, loss of moisture, uneven tone and dull, tired-looking skin. There are countless anti-wrinkle creams on the market promising to make skin look and feel younger. Many anti-wrinkle creams promise everything short of a facelift or to provide the much sought after "fountain of youth". In reality most are just moisturizers marketed as anti-aging products. 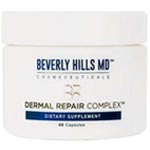 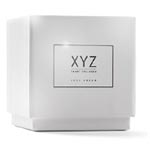 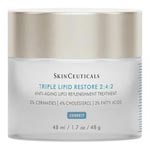