How Acne Is Related To The Food We Eat?

What we eat has a direct impact on our overall health, so naturally, we assume it might also play a role in acne development.

And although earlier studies did not find any link between the two, current research has changed our perspective on how our diet influences our skin health. But this does not mean that diet alone will be the cure for acne.

Other factors such as air pollution, stress, and hormones may also play a role in acne development.

Nevertheless, changing your dietary habits may help with acne and here is why.

The general agreement is that acne is a result of excessive sebum production and cell proliferation, combined with bacteria overgrowth, and hormones.

However, what makes our skin behave like this was mostly unknown. For this reason, acne treatments relied on topical remedies such as antibacterial lotions, exfoliators, and retinoid creams while oral antibiotics were prescribed in extreme cases of acne.

Dermatologists ignored the role of food in the development of acne as most studies either did not find the link between the two or were inconclusive. Furthermore, in 2007, the American Academy of Dermatology published guidelines for the management of acne and clearly stated that calorie restriction and avoidance of certain foods had no effect on acne. 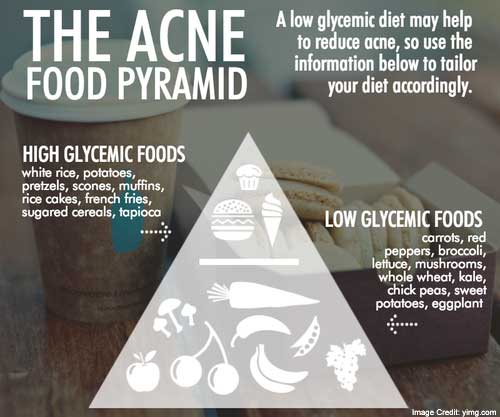 But in their newest guidelines published just a few months ago, the by the American Academy of Dermatology has changed their view on the role of food in acne due to recent findings.

Their number one recommendation is reducing your glycemic load as this was associated with acne in numerous studies such as the one on Malaysian young adults published in BMC Dermatology. The study at hand found that those who reported eating more milk and ice cream were more likely to suffer from acne.

Furthermore, epidemiological studies also point out to the fact that teenage acne is a universal occurrence in Western societies affecting up to 95% of adolescents.

On the other hand, no westernized societies such as the indigenous people of Papa New Guinea and Aché hunter-gatherers of Paraguay have no incidence of acne whatsoever so diet must play a huge role in acne development.

Eating a diet high in refined carbs and sugar can make lead to type 2 diabetes, obesity and heart disease. But as studies show, it might also cause acne.

According to current research, foods with a high-glycemic index can cause acne by elevating insulin levels in the blood which can directly impact your hormones.

Higher insulin levels suppress the production of sex hormone-binding globulin whose decline causes a rise in androgens which regulate the activity of sebaceous glands.

Furthermore, a study published in the American Journal of Clinical Nutrition found that a low-glycemic-load diet reduced acne in acne patients.

Does Dairy Play a Role? 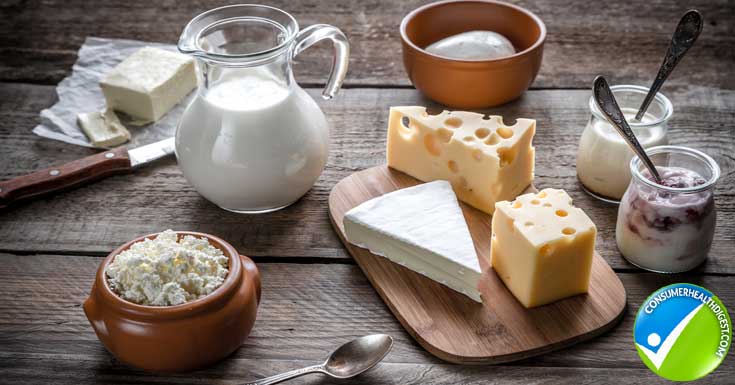 Science shows that milk truly does have a strong influence on acne. Milk contains a high amount of a hormone called IGF-1 that is strongly associated with inflammation in humans.

Furthermore, milk and dairy products cause a spike in insulin levels further aggravating acne in sensitive individuals. Another reason why milk may cause acne is due to hormones such as DHA precursors that could also explain the high incidence of acne in those who consumed a lot of dairies.

The amount of fat in dairy seemed to not play any significant role as skimmed milk was surprisingly even more so associated with acne development. 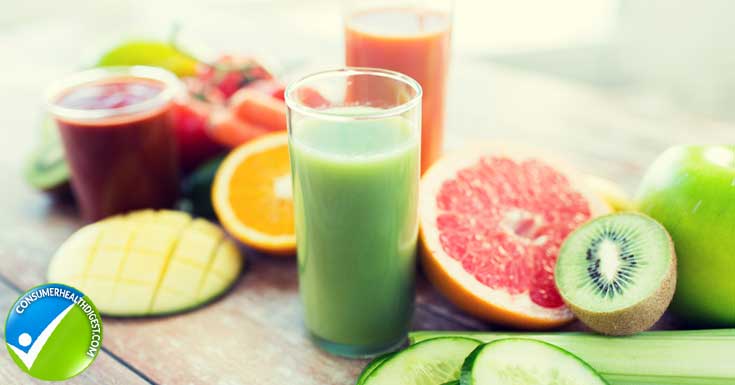 On the other side of the spectrum, there are certain acne-fighting nutrients in a lot of foods. For instance, omega-3 fatty acids which are found abundantly in fish are known for their anti-inflammatory actions.

Furthermore, vitamin A and E which are frequently found in skincare products also play a role in the reduction of acne. One study even found that both vitamins were deficient in acne suffers.

Both vitamins play a role in skin health and sebaceous gland functioning so increasing their levels through diet can significantly help with acne.

As the evidence clearly shows, the link between acne and food is strong. The Western diet which is high in refined carbohydrates, saturated and trans fats and low in omega-3 fatty acids seems to be the major cause of the 95% incidence of teenage acne.

Although acne slowly declines with age, many people still experience mild oily skin, acne and blackheads well into their adult years. Changing your diet by including plenty of wholegrain products, omega-3 fatty acid sources, vitamins and minerals is one way to reduce acne.

Also if you wish to reduce your acne then you should use one of the top anti-acne formulations on the market like Clear Pores Acne Treatment and Skinception Dermefface FX7.

Cutting out dairy is another option but scientists still aren’t quite sure why dairy causes acne in some.

Whatever the other causes of acne may be, one thing is for sure – changing your diet may be the best cure.

Read Also – Can Popping Pimples Make Them Go Away Faster?